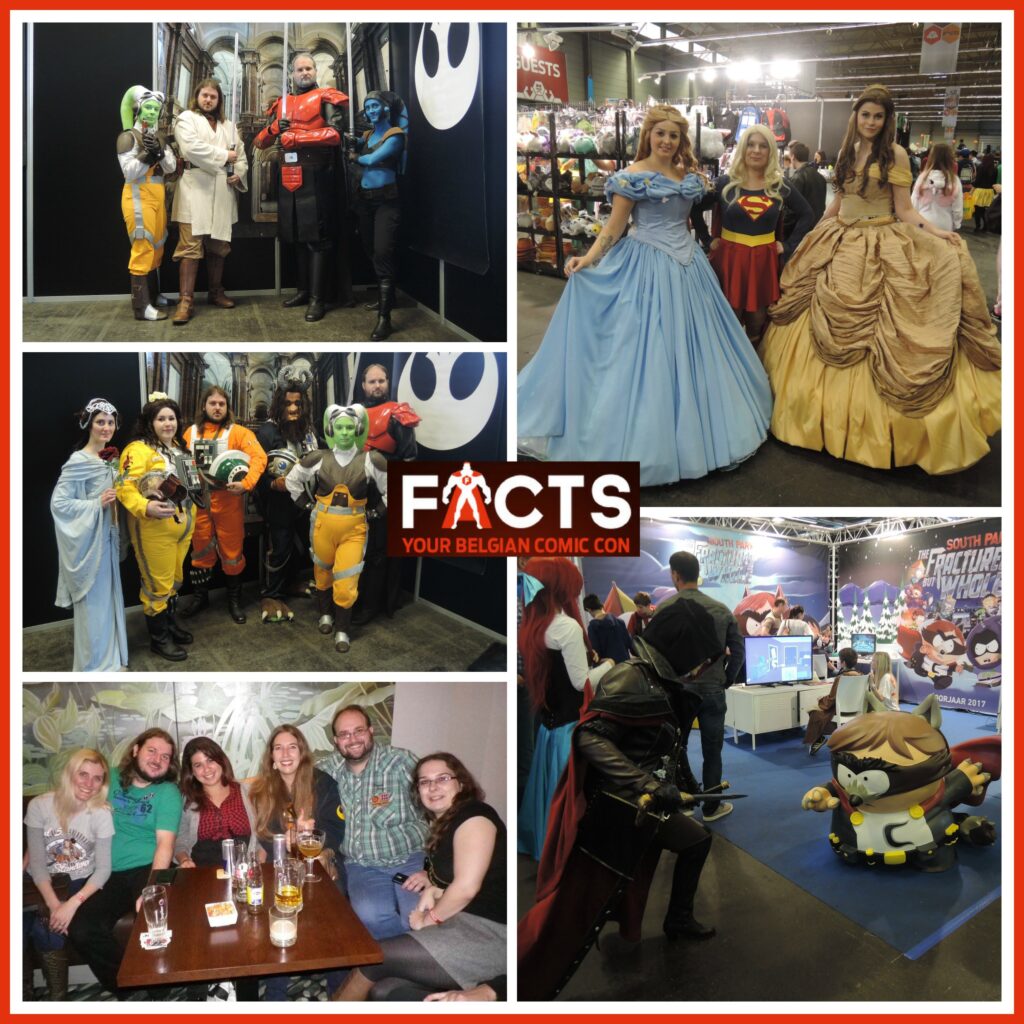 Weekend at FACTS 2016 was just great! Huge thanks to our friends from Rebel Legion Benelux Base for having us and for being fabulous companions not only during day at booth, but also in the evening at the bar. They entertained us together with our friends from Czech Republic, Silvara and Winring with whom we had great time as well.

Even though its a quite big convention, the atmosphere there still amazes me. So many nice people, so many people in different costumes and so many positive feedbacks on each costume! And the cosplay catwalk this year… Wonderful idea!

Of course we were there to get some comic books artists’ signatures, because in Gent there’s always a fine assortment of these guys and girls. The most funny and interesting chats we had with Mr. Guéra, Mr. Texeira and those we already met in Berlin week ago S. B. Scott a Don Rosa.

Sure… I didn’t forget to haunt some actors too. 😉 The main focus was on David Hasselhoff so… Yes, I have a photo with him and Kitt. 🙂 But I also another Buffy actor, Nicholas Brendon. 😀 And I was pretty surprised by Sean Austin and his panel. He could talk for hours! And it was so nice to listen to him. Sooo many information about LotR shooting!

In short, this year’s FACTS was great again! As far as space is concerned, it was bigger, and I think it was even cooler. 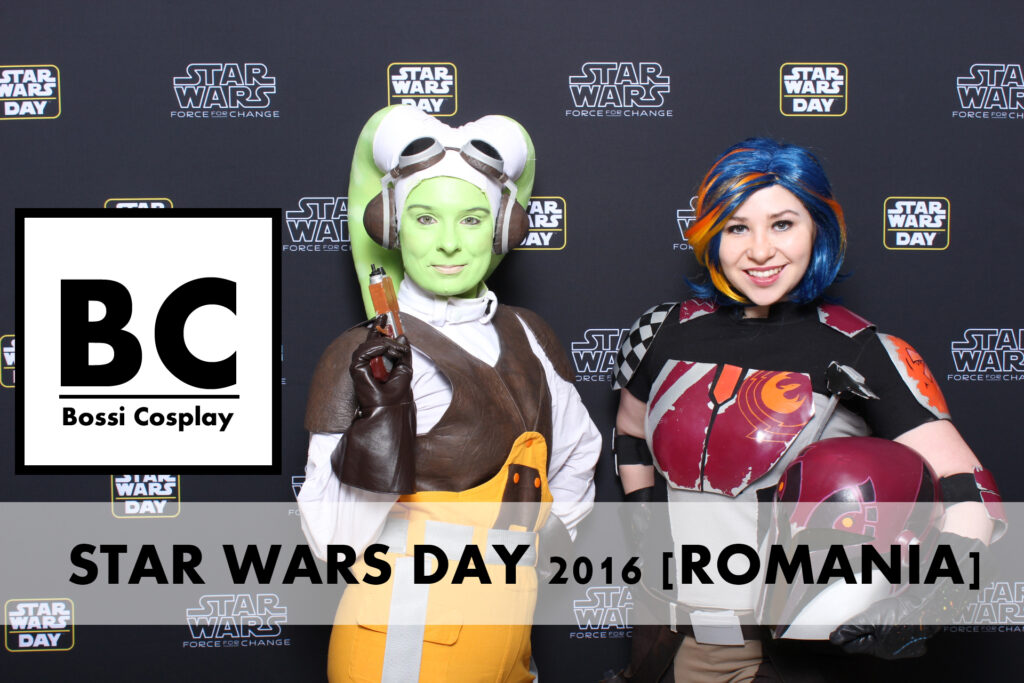 In May I was, together with my best buddy San, invited by Disney representatives to Romania to make happy some children in Bucharest hospital and one of shopping centres there. Children really enjoyed our visit, we got some new experience and got to know many new Star Wars fans from  Club STAR WARS Romania. 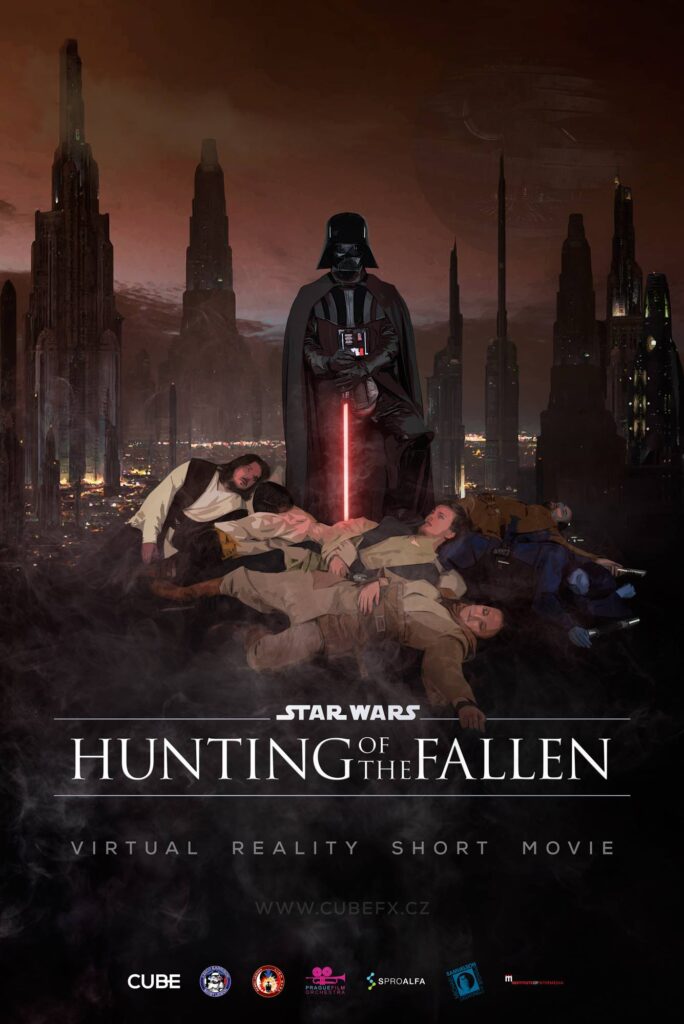 Get the VR glasses and check it! Let me introduce myself: I am a Mirialan Jedi Knight and one of the “Fallen” Bossi An’Dris from the freshly released 360°VR fan-film Star Wars Hunting of the Fallen!

Fan-film was made in Czech Republic by CubeFX team and plenty of other wonderful people from CubeFX, The Rebel Legion – Lion Base and Czech Garrison 501st Legion members and make-up artists Made In Titan and Vizážistka-lucie.vod 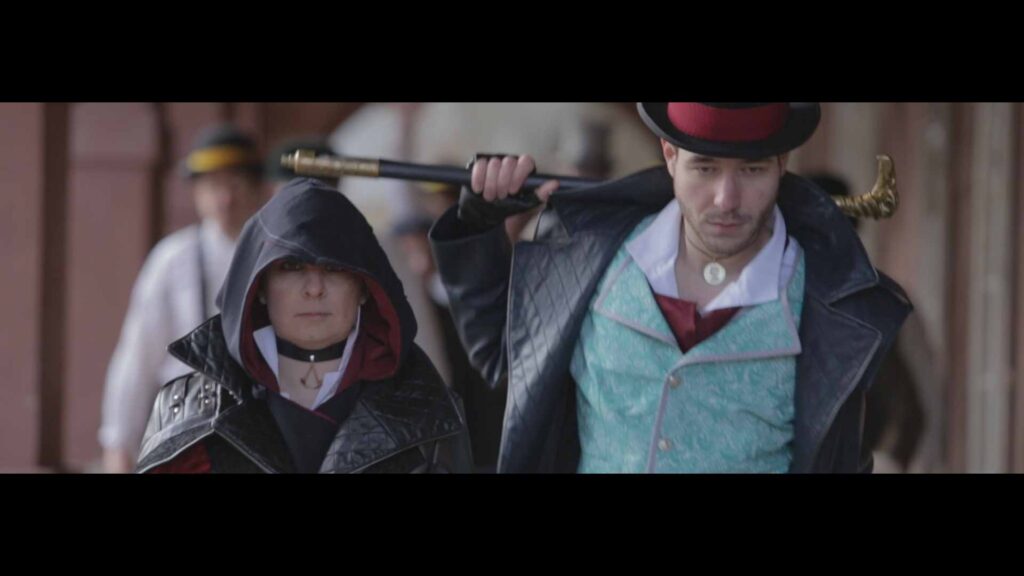 This weekend I attended the official premiere of fan video Assassin’s Creed: Syndicate Rise Up!

Its the video we shoot at the beginning of December in the historical centre of Prague together with guys from Purple Stonehenge, parkour group Divernity and costuming group I am member of, Assassin’s Creed Cosplay – Czech Brotherhood. I got to be no one else than Evie Frye (except for action scenes which were perfectly done by my colleague parkourist Marianna).

The end of year is coming and I am recapitulating and making plans for next year. Even cosplay-wise. This year I finished 5 costumes (and surprisingly none of them was Star Wars related!). So I decided to make a short list of them, remember the best things I did in them and what plans, if some, I have with them in next year.

Cosplay No.1 – Claire Redfield (Resident Evil 2 game) – a quick costume and long time dream becoming a reality. In the Czech Republic only few people recognize her, but still I am thrilled to wear it. In summer I had a small photoshoot with always patient, nice and flexible Jekkyl, who is always willing to take some photos of me. And for that, I am truly greatful. Some time in the near future I have to bring her to some foreign convention. Every time abroad I’ve met some RE cosplayers so it seems good choice. There is a bunch of them in Czech Republic too, but I wasn’t lucky enough to get together with them. Hopefully I will manage in 2016.

Cosplay No.2 and 3 – Supergirl (movie version + comics M. Turner version) – in reality two costumes of one characte made one after another. And second childhood dream come true. Everyone recognizes Supergirl, so these are really fun to wear. With movie version I enjoyed two great photoshoots in the summer – one at Festival fantazie, another at Bubeneč with other DC characters. With comics version I enjoyed plenty of attention at FACTS in Belgium. Movie version will get a new wig to look more like in the movie. I already have it, but need to style it. I plan to have some good photos of comics version taken and I plan to work out a bit to look better in it.

Cosplay No. 4 – Galina Voronina/modern age assassin – quick, almost closet cosplay, I put together for assassins’ gathering at Festival fantazie. I became member of Assassin’s Creed Cosplay – Czech Brotherhood with it. And these two things, Galina cosplay and Brotherhood, were the first things leading me to making of cosplay no. 5 and the biggest cosadventures of this year. At the time I made Galina, there was only concept available. Now there are comics, whole ingame sequence, so I definitely plan to make this cosplay anew.

Cosplay No. 5 – Evie Frye (from Assassin’s Creed Syndicate) – I thought I don’t have the skill to make this costume, but I really wanted it so I managed. And it was sooooo worth it! Several promo events, convention abroad, video shooting… Plenty of fun and new experiences. I really enjoy to cosplay Evie. It still needs some minor updates (embroidery on the hood, assassin sign on the cape, boots, holster), but otherwise I am quite satisfied with it.

And what’s the plan for next year?
I have some costumes which I’ve started already and want to finish finally:

I have four costumes I plan to start from the scratch next year. There are more on my wishlist/to do plan, but as I am not sure when and if I will be able to make them, I won§t mention them for now.